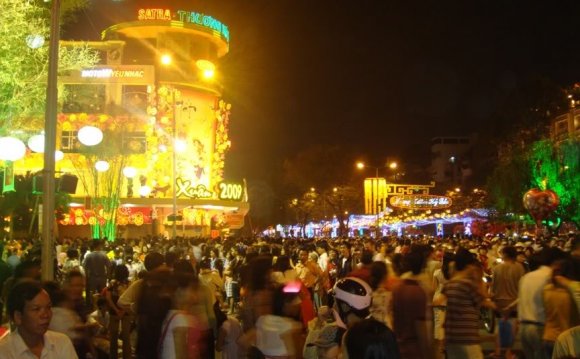 Cambodia, Laos, Vietnam and Myanmar are the poorest, least well-run countries within ASEAN. They are also notoriously publicity-shy. Anything negative that needs to be shared is usually served-up amid a flurry of bureaucratic dogma that tends to bury the bad news. The messages are still there, but one needs to pay attention.

And it’s worth adding that there is nothing that could be less appealing to a newspaper editor – even a communist one – than a gathering of bureaucrats for a discussion about “budgets and oversights” at a joint workshop for ASEAN’s most economically challenged.

Recently, it was at such a function that the head of the National Assembly’s Committee for Finance and Budget, Phung Quoc Hien, underscored that “any changes in the global economy would have huge impacts on developing countries like Vietnam, Laos, Cambodia and Myanmar.”

Devaluation has already forced regional governments to follow suit and bring down the value of their currencies in order to maintain their competitiveness within their respective export markets.

But China is not the only problem. The economic consequences of a conflict in Thailand or Vietnam’s ascension to the Trans Pacific Partnership (TPP) are another two imposing risks. Meanwhile, Malaysia appears ready to descend into a financial abyss and the rest of the region would also be significantly hurt by another downturn in the United States.

Hien’s warning was delivered at a two-day workshop for the four countries to “share experiences in financial management helping them adjust and complete legislative mechanisms.”

It should be taken seriously. Vietnam has spent the past three years in the economic doldrums while Cambodia, Laos and Myanmar are struggling to shed their least developed status.

Economic growth has been impressive – on paper at least – for some. But a yawning wealth gap is emerging as a major issue for governments to deal with. Then there’s the impact of quantitative easing, not just in the United States, but among ASEAN countries and their neighbors as well.

According to the VNS report, paraphrasing Hien: “Vietnam has joined the group of middle-income countries, and this had posed tremendous challenges to growth quality, productivity, competitiveness, the macro-economy and the labor market.”

“In addition, development gaps and the middle-income trap remain setbacks to the nation …. Laos, Cambodia and Myanmar could face the same challenges because they had similar economies, ” the dispatch said.

Importantly, the policy wonks are worried and are looking out on the horizons for an economic tsunami, which will initially threaten the heavily indebted.

Whether the next economic downturn will match the force of the Asian Financial Crisis in 1997/98 or the Global Financial Crisis a decade later is already the question among many investors. But with so many unknowns, answers are unlikely anytime soon.