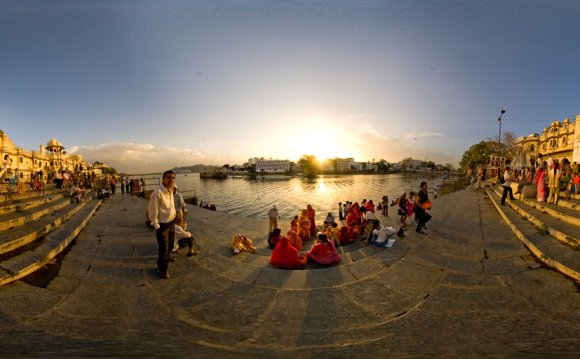 With its tempting mix of volcanoes, rainforest, rice fields, beaches and coral reefs, Southeast Asia is one of the most stimulating and accessible regions for independent travel in the world. You can spend the day exploring thousand-year-old Hindu ruins and the night at a rave on the beach; attend a Buddhist alms-giving ceremony at dawn and go whitewater rafting in the afternoon; chill out in a bamboo beach hut one week and hike through the jungle looking for orang-utans the next.

In short, there is enough here to keep anyone hooked for months. Here’s our advice for getting the most out of backpacking Southeast Asia for the first time.

1. Plan around the weather

Southeast Asia sits entirely within the tropics and so is broadly characterized by a hot and humid climate that varies little throughout the year, except during the two annual monsoons. Bear in mind, however, that each country has myriad microclimates; for more detail see our “when to go” pages for Cambodia, Indonesia, Laos, Malaysia, Myanmar (Burma), the Philippines, Thailand and Vietnam.

2. Get off the beaten track

Though Southeast Asia has long been on the travellers’ trail, it doesn’t take too much to get off the beaten track – whether it’s to discover that perfect beach or to delve into the lush surrounds of the rainforest. Think about visiting the overlooked city of Battambang in Cambodia, taking the railroad less travelled in Thailand or exploring Myanmar’s unspoiled southern coast.

This is the home of the world’s tastiest cuisines, and the really good news is that the cheapest is often the best, with markets and roadside hawkers unbeatable places to try the many local specialities. Night markets, in particular, are great for tasting different dishes at extremely low prices – sizzling woks full of frying noodles, swirling clouds of spice-infused smoke and rows of glistening fried insects all make for an unforgettable gastronomic experience.

4. Budget carefully – but have the odd splurge

Your daily budget in Southeast Asia depends on where you’re travelling and how comfortable you want to be. You can survive on as little as $20 a day in some countries, but for this money you’ll be sleeping in very basic accommodation, eating at simple food stalls, and travelling on local non-a/c buses. Think about where paying a little more will really enrich your trip.

5. Learn from the locals

Tribal culture is a highlight of many visits to less explored areas, and among the most approachable communities are the tribal groups around Sa Pa in Vietnam, the Torjan of Sulawesi in Indonesia, known for their intriguing architecture and ghoulish burial rituals, and the ethnic minority villages surrounding Hsipaw in Myanmar.

Up for getting active? There’s plenty to keep you busy. You can tackle world-class surf at G-land in Indonesia, take a mountain-bike tour of Vietnam’s far north or discover your own lonely bays and mysterious lagoons on a sea-kayak tour of Krabi in Thailand. And that’s just for starters…

Southeast Asia’s myriad temple complexes are some of the region’s best-known attractions. The Hindu Khmers left a string of magnificent monuments, the most impressive of which can be seen at Angkor in Cambodia, while the Buddhists’ most impressive legacies include the colossal ninth-century stupa of Borobudur in Indonesia and the temple-strewn plain of Bagan in Myanmar.

Travel Documentary - South-East Asia With The ...