Around the World countries 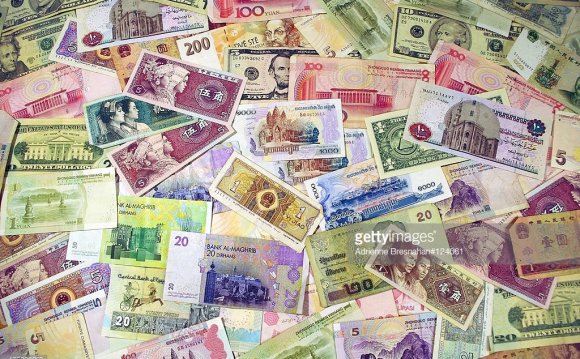 Muslims are the fastest-growing religious group in the world. The growth and regional migration of Muslims, combined with the ongoing impact of the Islamic State in Iraq and Syria (ISIS) and other extremist groups that commit acts of violence in the name of Islam, have brought Muslims and the Islamic faith to the forefront of the political debate in many countries. Yet many facts about Muslims are not well known in some of these places, and most Americans – who live in a country with a relatively small Muslim population – say they .

Here are answers to some key questions about Muslims, compiled from several Pew Research Center reports published in recent years:

How many Muslims are there? Where do they live?

There were 1.6 billion Muslims in the world as of 2010 – roughly 23% of the global population – according to a . But while Islam is currently the world’s second-largest religion (after Christianity), it is the fastest-growing major religion. Indeed, if current demographic trends continue, the number of Muslims is expected to exceed the number of Christians .

Although many countries in the Middle East-North Africa region, where the religion originated in the seventh century, are heavily Muslim, the region is home to only about 20% of . A majority of the Muslims globally (62%) live in the Asia-Pacific region, including large populations in Indonesia, India, Pakistan, Bangladesh, Iran and Turkey.

The Muslim population in Europe also is growing; we project 10% of all Europeans will be Muslims by 2050.

How many Muslims are there in the United States?

According to our best estimate, Muslims make up just less than 1% of the U.S. adult population. Pew Research Center’s 2014 (conducted in English and Spanish) found that 0.9% of U.S. adults identify as Muslims. A 2011, which was conducted in English as well as Arabic, Farsi and Urdu, estimated that there were 1.8 million Muslim adults (and 2.75 million Muslims of all ages) in the country. That survey also found that a majority of U.S. Muslims (63%) are immigrants.

Our demographic projections estimate that Muslims will make up 2.1% of the U.S. population by the year 2050, surpassing people who identify as Jewish on the basis of religion as the second-largest faith group in the country (not including people who say they have no religion).

A recent estimated that the Muslim share of immigrants granted permanent residency status (green cards) increased from about 5% in 1992 to roughly 10% in 2012, representing about 100, 000 immigrants in that year.

Why is the global Muslim population growing?

There are two major factors behind the rapid projected growth of Islam, and both involve simple demographics. For one, Muslims have more children than members of other religious groups. Around the world, each Muslim woman has an average of 3.1 children, compared with 2.3 for all other groups combined.

Muslims are also the youngest (median age of 23 years old in 2010) of all major religious groups, seven years younger than the median age of non-Muslims. As a result, a larger share of Muslims already are, or will soon be, at the point in their lives when they begin having children. This, combined with high fertility rates, will fuel Muslim population growth.

While it does not change the global population, migration is helping to increase the Muslim population in some regions, including North America and Europe.

What do Muslims around the world believe?

Like any religious group, the religious beliefs and practices of Muslims vary depending on many factors, including where in the world they live. But Muslims around the world are by a belief in one God and the Prophet Muhammad, and the practice of certain religious rituals, such as, is widespread.

In other areas, however, there is less unity. For instance, a Pew Research Center asked Muslims whether they want sharia law, a legal code based on the Quran and other Islamic scripture, to be the official law of the land in their country. Responses on this question vary widely. Nearly all Muslims in Afghanistan (99%) and most in Iraq (91%) and Pakistan (84%) support sharia law as official law. But in some other countries, especially in Eastern Europe and Central Asia – including Turkey (12%), Kazakhstan (10%) and Azerbaijan (8%) – relatively few favor the implementation of sharia law.

Top 10 Most Beautiful countries 2014 | around the world

2008 Countries Around the World Alliteration Project

Stand By Me [12 Countries Around The World]