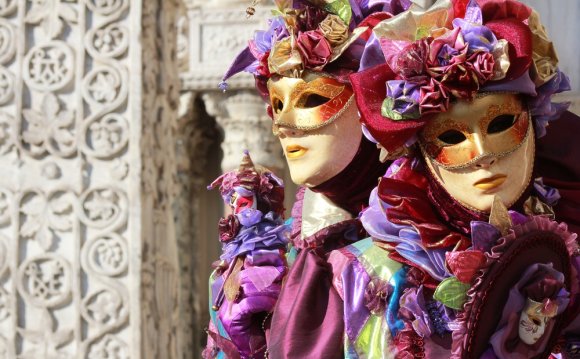 The Rio Carnival - or Carneval, as it's known locally - is perhaps the biggest and wildest party on Earth. Carneval takes place from Friday to Tuesday over the weekend before Lent; usually towards the end of February or the start of March.

The formal part of the celebrations - if you can call it formal - is a contest between samba schools, dressed in elaborate costumes and drumming their hearts out in the custom-built Sambódromo. However, this part of the Carneval is not free, you will need to buy tickets to see it and these sell out fast.

If you don't want to splash out a couple of hundred quid on a ticket to one of the balls or the samba parade, just join in the madness on the streets. Over Carneval the whole of Rio in Brazil transforms into a frantic, frenzied, noisy, sweaty party. Base yourself in Ipanema for traditonal neighbourhood bands during the day and at night, head to the famous Copacabana beach and party until dawn.

Leave your valuables and your inhibitions in your room. Go on, lose yourself to the infectious rhythm of the Samba beat...

As one of the first cities on the planet to see in the new year, Sydney always goes all out with their New Year's Eve celebrations. Top tip is to go out early to ensure you squeeze all the partying possible out of this city. Loads of family events take place during the day, but the evening focus is always on the Darling Harbour and the Harbour Bridge which make for an awesome backdrop for the most stunning fireworks you'll ever see. Most people tend to head to the Harbour to see in the new year, so be sure to get there early.

Mrs. Macquarie's Chair, in the Botanic Gardens, is a cracking place to see the fireworks - and also one of the most popular. Situated in an outlet up from the Opera House, it faces the Harbour Bridge and offers an amazing view. Dawes Pint and Blues Point Reserve are also good spots. The fireworks are all banged popped out by 12.30am, but the parties don't stop until dawn.

When we say early, we do mean early. People start booking up hostels around April and they arrive to get the best view points at around noon on the 31st.

You can't speak in any New Yorker for more than 10 minutes without them telling you about their relatives in Ireland. Which is probably why this city boasts the largest St Patrick's Parade in the World. Quite a spectacle it is too, with over 150, 000 turning the streets into a sea of green.

The parade kicks off at around 11am on St Patricks Day from 44th Street and 5th Avenue. Expect to see a few politicians, loads of high school bands and a dozen or so bagpipers. For the best views, bag a seat on the upper steps of the Metropolitan Museum of Art or anywhere along the north end of the parade route where you can find a space.

Millenium celebrations around the world

2011 New Year celebrations around the world

Celebrations Around The World