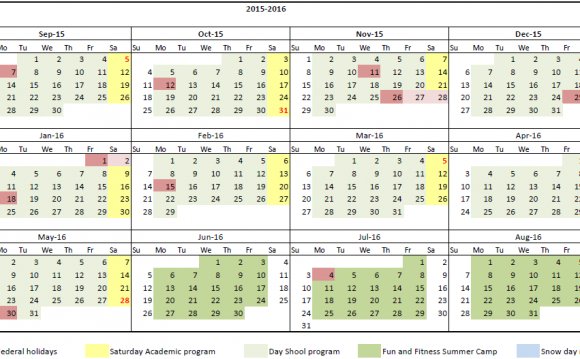 While Christmas trees and decorations have been taken down in many countries, celebrations are just beginning in others. In Russia, Ukraine, Greece, Israel and several other nations, Orthodox Christians, Greek Catholics and Coptic Christians will celebrate Christmas Wednesday 13 days after the well-known Dec. 25 festivities.

Russian President Vladimir Putin attends an Orthodox Christmas service at a local cathedral of the village Otradnoye in Voronezh region Jan. 7, 2015. Most Orthodox Christians celebrate Christmas according to the Julian calendar on Jan. 7, two weeks after most western Christian churches that abide by the Gregorian calendar. Photo: Reuters/Alexei Druzhinin/RIA Novosti/Kremlin

Even though the Russian Orthodox Church uses the Julian calendar to celebrate religious holidays, the country’s government follows the Gregorian calendar, a common occurrence in many countries. Some churches, including the American Orthodox Church, have chosen to use the Revised Julian Calendar which means they celebrate Dec. 25. Armenia Orthodox followers in Israel buck both trends by celebrating Christmas Jan. 18.

People take part in the religion procession 'Alilo' as they celebrate the Orthodox Christmas in central Tbilisi on Jan. 7, 2015. Orthodox Christians celebrate Christmas today in the Middle East, Russia and other Orthodox churches that use the old Julian calendar instead of the 17th-century Gregorian calendar adopted by Catholics, Protestants, Greek Orthodox and commonly used in secular life around the world. Photo: VANO SHLAMOV/AFP/Getty Images

What are some of the traditions? Traditions vary across countries and religions, but many Orthodox Christians, Greek Catholics and Coptic Christians choose to abstain from meat products or alcohol in the 40 days leading up to Christmas and fast during Christmas Eve. A mass is usually celebrated on Christmas Eve in the evening.

In Russia and Ukraine 12-course meat- and dairy-free meals are eaten on Christmas Eve to represent the 12 apostles. Common dishes include borsch, dumplings and stuffed cabbage. On Christmas day, caroling around neighborhoods is a common tradition. In Ethiopia church services and sporting tournaments are part of the holiday while in Serbia families traditionally go out to look for an oak branch to decorate their homes.