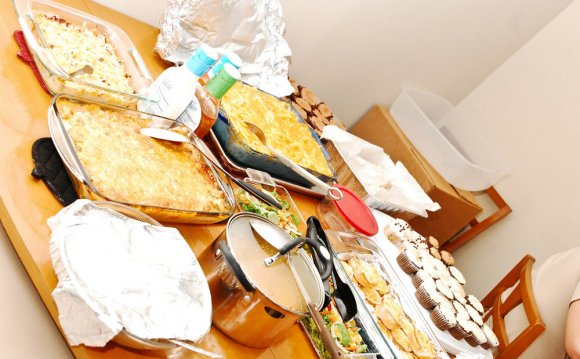 All they really want is to give peace a chance.

The day — commonly referred to as "Peace Day" — is recognized by the United Nations as a day of global ceasefire and non-violence.

In the past, countries around the world have held concerts, sporting, education and different peace-fused events to mark the occasion.

Gilley has campaigned fervently for more than a decade in hopes of “institutionalizing” and spreading awareness of “Peace Day.”

Mother Teresa dedicated her life to caring for the sick and poor by setting up hospices and homes in India for anyone in distress, including the terminally ill, blind, AIDS patients, lepers, the homeless, etc. She was beatified in 2003 by Pope John Paul II.

Nelson Mandela was head of a string of both peaceful and armed protests against the segregation to hit 1940s South Africa. After spending 27 years in prison, he became a leader for the end of apartheid in South Africa. In 1994 he was elected as the first black president of South Africa.

Liberian peace activist Gbowee was a driving force for the women's movement that helped to end the second Liberian Civil War in 2003.

Eleanor Roosevelt worked towards human and women’s rights and supported equality for African Americans during the Civil Rights era.

The theme of this year's International Day of Peace promotes togetherness and unity: "Partnerships for Peace - Dignity for All."

Various organizations have taken to social media to promote how they will be celebrating this year's "Peace Day" and by challenging others to start up their own events, no matter how futile they may seem.

In honor of the International Day of Peace, here is a look at only some of the most famous and controversial advocates for peace throughout history, in no particular order:

Mother Teresa, recipient of the 1979 Nobel Peace Prize, would dedicate her life to caring for the sick and poor.

A woman who in life and death was not without her critics, Mother Teresa founded the Missionaries of Charity in Calcutta, India (now Kolkata), a religious order of women who ran hospices and homes for anyone in distress, including the terminally ill, blind, AIDS patients, lepers, the homeless, etc.

Known for his ideas of nonviolent civil disobedience, Gandhi led the Indian people through the Salt March and the country’s quest to gain independence from British rule.

Gandhi was jailed several times during his efforts for peace and he often went on hunger strikes to protest the maltreatment of India’s poorest.

He was assassinated by a Hindu nationalist in 1948.

Dr. Martin Luther King Jr. was one of the most influential leaders in the American Civil Rights Movement.

'The Beatles' singer John Lennon was a strong opponent of the Vietnam War and hosted 'bed-ins' with wife Yoko Ono to peacefully protest.

Harriet Tubman escaped slavery to serve as a 'conductor' in the Underground Railroad, freeing hundreds of other slaves.

Mandela was head of a string of both peaceful and armed protests against the segregation to hit 1940s South Africa.

His vehement efforts consequently landed him in prison for 27 years. Upon his 1990 release from jail, he was a pivotal voice in the end of apartheid in South Africa.

Mandela was a recipient of the Nobel Peace Prize in 1993, and in 1994 was elected as the first black president of South Africa.