Where to holiday in Vietnam? 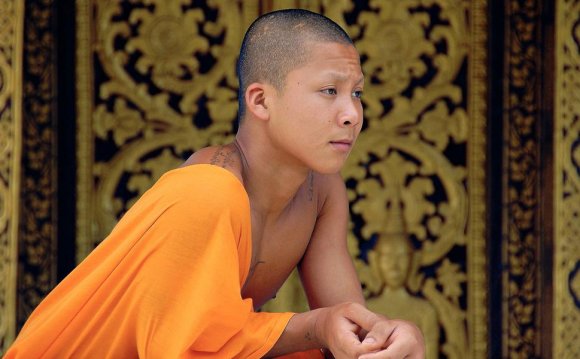 Back in 2007, I took a trip to Vietnam. Upon leaving, I swore I’d never go back. The only way I’ll give this place a second chance is if I meet a girl who really wants to go to Vietnam or if some business trip takes me there. Who knows what the future will hold, but for the time being, I never want to return. And the reason for that is one of my most-asked questions. People email me several times a week asking why, in this post about myself, I single Vietnam out as being my least favorite country. What could be so bad about it?

Well, I figured it was time to give an answer.

The simple answer is that no one ever wants to return to a place where they felt they were treated poorly. When I was in Vietnam, I was constantly hassled, overcharged, ripped off, and treated badly by the locals.

I constantly met street sellers who tried to openly overcharge me. There was the bread lady who refused to give me back the proper change, the food seller who charged me triple even though I saw how much the customer in front of me paid, or the cabbie who rigged his meter on the way to the bus station. While buying t-shirts in Hoi An, three women tried to keep me in their store until I bought something, even if that meant pulling on my shirt.

On a trip to Halong Bay, the tour operator didn’t have water on the boat and had overbooked the trip, so people who paid for single rooms suddenly found themselves with roommates…sometimes in the same bed!

One of the worst experiences came while in the Mekong Delta. I was catching a bus back to Ho Chi Minh City. I was thirsty, so I went to get a common drink in Vietnam—water, lemon, and some powdery, sugary substance in a plastic bag. The woman making this concoction looked at me, laughed at her friends, and then started laughing at me while clearly not putting in all the ingredients into this drink. I wasn’t born yesterday and knew I was being blatantly ripped off. She was cheating me right to my face.

“She’s telling her friends she’s going to overcharge and rip you off because you’re white, ” said a Vietnamese American who was also on my bus. “She doesn’t think you will notice.” “How much should this really cost?” I asked my new companion. I gave the vendor the correct change, told her she was a bad person, and walked away. It wasn’t the money I cared about—it was her utter disrespect.

I wondered if it was just me. Perhaps I simply had a bad experience and Vietnam was really amazing. Maybe I just had bad luck. Maybe I just caught people on an off day. But after talking to a number of other travelers, I realized that we all had the same stories. Hardly anyone had a good story, which might explain why 95% of tourists don’t return. They all had tales of being ripped off, cheated, or lied to. They never felt welcome in the country either.

I witnessed other people having problems in Vietnam. I saw friends getting ripped off. Once when my friend bought bananas, the seller walked away before giving change back. At a supermarket, a friend was given chocolate instead of change. Two of my friends lived in Vietnam for six months, and even they said the Vietnamese were rude to them despite becoming “locals.” Their neighbors never warmed up to them. They were always outsiders—strangers even to those they saw every day. Wherever I went, it seemed my experience was the norm, not the exception.

I’ve encountered many travelers who thought the people in Vietnam were really nice and enjoyed their travels there. I’ve often wondered why there’s such a disparity in experiences. Well, there’s one common difference between the travelers who have liked it and those who have hated it. Most of the people who had a good experience traveled in luxury, while those who didn’t were backpackers and budget travelers. It’s a curious thing to think about and reinforces a story I once heard.

While in Nha Trang, I met an English teacher who had been in Vietnam for many years. He said that the Vietnamese are taught that all their problems are caused by the West, especially France and the U.S., and that Westerners “owe” the Vietnamese. They expect Westerners to spend money in Vietnam, so when they see travelers trying to penny pinch, they get upset and thus look down on backpackers and treat them poorly. Those who are spending money, however, seem to be treated quite well. I don’t know if this is true or not, but given what I saw, it makes some sense.

I’m not here to make judgments about Vietnam or the Vietnamese. I don’t believe everyone in the country is bad or rude. I only have my travel experience to reflect upon. You should go and make up your own mind. After three weeks in Vietnam, I couldn’t get out fast enough. Why would I want to stay in a country that treated me like that? Why would I ever want to go back? I don’t care that they tried to overcharge me. It’s not about the money. I’m happy to pay more—a dollar goes a lot farther for them than it does for me.

But just because I’m a backpacker doesn’t mean I deserve any less respect than anyone else. I wasn’t looking for the royal treatment, just basic respect. And I never felt respected in Vietnam. I felt like people there looked at me not as a human being but just as someone who could be ripped off. There are rude people everywhere, but it was so disproportionately bad that if I never went back to Vietnam, I wouldn’t feel too bad about it.