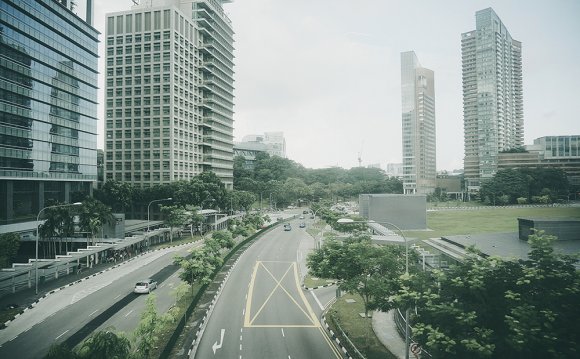 We spent five days for our do-it-yourself trip to Singapore and Malaysia. We spent the first three days in Singapore and then crossed over to Malaysia on the second part of our trip.

From the Philippines, we took off from Clark International Airport, Pampanga and arrived in Changi International Airport, Singapore. On our third day, we crossed the Malaysian border at Johor Bahru and took a bus to Melaka for an overnight “stop over.” We continued our journey early morning the next day to Kuala Lumpur and took a side-trip to Putrajaya before the flight back to Manila.

We actually discovered a bit late that our travel in Singapore coincided with the F1 Weekend (Formula 1 Night Race / Singapore Grand Prix). It took us a while to secure room reservations because some of the hotels/hostels were already fully booked.

4:40PM – Ride MRT (East West / Green Line) to Bugis Station – SG$1.90 (visit Singapore MRT website for ticketing and fare details). SMRT has an unlimited tourist pass like Hong Kong’s MTR but we calculated the fares and discovered it was cheaper to buy single trip tickets instead. Walk to Backpacker Cozy Corner Guest House, North Bridge Rd from Bugis Junction exit. We had earlier planned on staying at SEA Hotel (also walking distance from Bugis station) but they were fully booked. Check-in at Backpacker Cozy Corner Guest House. We had a room (good for 4) reserved online but they gave out our room to another group because we arrived at the hostel later than the time we specified in our reservation. Luckily, they still had they dorm-type beds available (SG$18 per bed per night for the aircon room and SG$13 for the non-aircon).