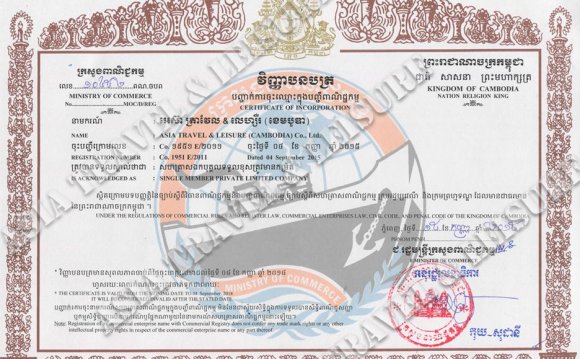 Even at 5am the ticket checkpoint for Angkor Wat is heaving. Busloads of Korean, Vietnamese and western tourists are on their way to the sight for a picture-perfect sunrise. We are among them – hurtling along the pitch-black road in a tuktuk. But when we reach a crossroads and the line of traffic heads left, we peel off to the right. Our guide enjoys our surprise. "We're going in the back door, " he says with a smile.

Some 2.5 million visitors come to Cambodia every year, with at least 70% of them visiting Angkor. But it's hard to experience the wonder of 1, 000 years of Khmer history if you feel shunted and elbowed by the masses as you try to absorb the breathtaking detail of these ancient sandstone ruins.

I may have found the answer. A poster from tour company AboutAsia promised "Angkor ... without the crowds". This is quite a claim, but on our trip it kept its word. Having measured footfall at the most popular temples and entrances, it tries to do something different – and in style.

So where the masses go to Angkor Thom in the morning, AboutAsia guests go in the afternoon. Where crowds are jostling to catch the sunset at the top of Phnom Bakheng, they have you sipping G&Ts on a boat on the nearby moat instead. And when the sun rose that day over Angkor Wat and hundreds of people were at the west gate, snapping away, we were at the top gallery of the main temple, having come in via the quieter eastern gate.

If all this makes me sound smug, that's probably because I felt it: as a tourist it's always pleasing to swim against the tide. But holidaying in Cambodia comes with responsibilities. There is still extreme poverty there, and for anyone who has ever visited a developing country and felt uncomfortable about their comparative wealth and how much of it reaches the local community, AboutAsia has an answer.

Every penny of profit this company makes goes into providing equipment for Cambodian schools: pens and exercise books, and uniforms for the very poorest. It also supports school building and maintenance, and occasional school trips – perhaps to see Angkor Wat for the first time.

Andy Booth, the company owner, doesn't like telling his story for fear of it sounding "too cheesy". But as a child who went to a local comprehensive he studied hard to get a place at Oxford. When the letter from the university arrived on the mat he told himself that if it was a "yes", it would be a life-changer and he'd use his good fortune it to help others.

After 15 years as a banker he thought he would try to fulfil that promise. On holiday with his family in south-east Asia, he ended up spending 17 days in Cambodia, fell in love with it, saw that tourism was on the rise and realised that it was the perfect place for a socially responsible company. Cambodia's problem is that while tourists flock there, the country doesn't see a lot of their money. Most tour operators are international, and only one in six visitor dollars stays in Cambodia. With AboutAsia, it's more like six in six.

Booth worries that too much emphasis on do-gooding will put off holidaymakers who might think it comes at the expense of quality service. But our itinerary was pitch-perfect. The right level of sightseeing and relaxation, of basic village houses and boutique hotels with pools.

Our AboutAsia guide, Bunchay, spent several days making sure we saw the temples at their best. He expertly pointed out the apsaras (dancing girl) carvings, and identified the sprawling spung trees, stretching their roots all over the crumbling mossy stones. He took us to the temple where Angelina Jolie filmed Lara Croft and to the deserted Ta Nei ruin where, after a bumpy dirt track journey, he laid out coffee and croissants on a mat, and only the sound of drongo birds interrupted the peace.

When we visited Prek Toal, a floating village on Tonle Sap lake, we bypassed Chong Khneas (where busloads of tourists are dumped daily) and took a boat out deep into the lake. We kayaked the final leg of our journey, weaving between water hyacinths and the tops of trees in this flooded forest.

As well as being an important fishing resource, the lake is also great for birdwatching. Grey-headed fish-eagles, herons, oriental darters and kingfishers all thrive here. After a night in the homestay we rose early to climb a Barringtonia tree and spy on colonies of pelicans and cormorants so vast we felt like we'd stepped into a David Attenborough programme.

If early mornings and kayaking sound too much like hard work that's not a problem – you can tailor your Cambodian holiday as you please. We chose a boutique beach break at the end. And nothing makes a better break than kicking back on a white sandy beach, cocktail in hand, thinking smugly that it's not just yourself you're helping on your holiday.

• Cambodia specialist AboutAsia Travel (aboutasiatravel.com) provided the trip. It has a five-night itinerary based in Siem Reap from £850pp, including private transfers, four nights' B&B at Shinta Mani hotel, a night in a homestay in Prek Toal village on Tonle Sap lake, private guiding in Angkor, and all other touring and activities. Excludes international flights. Flights were provided by Round The World Experts (0800 707 6010, roundtheworldexperts.co.uk