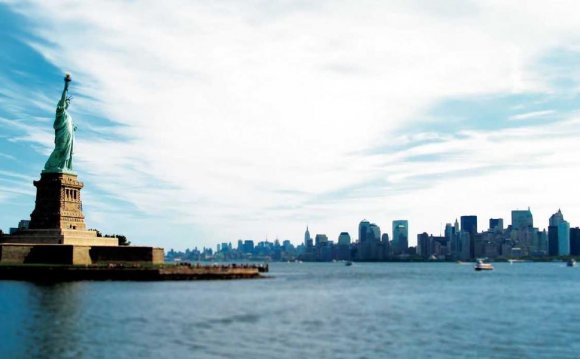 WELL, what would you do? It’s not easy to feign indifference when confronted by an energetic ­six piece salsa band banging out the son mambo and son montuno.

A swaying, swirling, smiling, mass of musical revelry urging you off your seat. So, do you join in or not?

Granted, here at home most of us would put our noses in the air, talk a bit louder and wait for the nuisance to go away. Trouble is, this is Cuba and they won’t shrug and give up... and it seems everyone is dancing mad.

The laughing locals, the tourists, the bar and restaurant workers – all of them want to swing to the rhythm. And so you now feel like the odd ones out.

So, in the end, you take another swig of your mojito, double-check that you don’t know anyone in the near vicinity, and give it a blast.

I guess you could call this Strictly Rum Dancing and Brucie would be proud. Actually, it’s quite fun when you realise no one cares how bad you are.

Really, it’s just another example of what makes Cuba, and particularly Havana, so wonderful.

There’s revolution, black markets and romance. Vast hotels that once entertained the Mafia. Dancing until dawn (whether you want to or not). And spectacular musical dancing shows where you sit crammed at a table on the stage – and yet are still offered silver service.

One of the best of these is at The Nacional (former guests Hemingway, Churchill and Sinatra), where you will see the Parisien Cabaret in classic surroundings.

The huge 1950s American cars belch out choking fumes, but are mesmerising to watch go by.

Colonial buildings are crumbling before your eyes, experts roll cigars the size of baseball bats, there’s every concoction of rum you can think of.

Sitting in the same bar Ernest Hemingway called his local. Seeing waves crashing over the sea wall and against your taxi, particularly ­interesting when the windows don’t close!

Restaurants that have sprung from the poor surroundings of houses and flats. Just what is there not to fall in love with in Havana?

The place is different from anywhere else in the Caribbean, but all in such a magnificently appealing way.

It’s a throwback, but you feel ­privileged to be a part of it.

The history is immense, and it’s well worth a visit to the Museo de la ­Revolucion. This extensive exhibition of the events leading to Cuba’s great convulsion is housed in the former presidential palace and is a comprehensive insight into the rise of Fidel Castro and the emergence of a new Cuba.

So new, indeed, there are many tanks scattered around the city as monuments as a reminder of those tumultuous ­revolutionary days not so long ago.

Havana is changing fast. During the 60s, 70s and 80s visitors to Cuba were rare after the breakdown with the US. But since restoration of the incredible hotels started in 1997, and after Castro eased his iron grip and handed over power to his brother Raul, the constraints have eased a little.

It might still be a communist country and off limits to Americans (about 30, 000 visit each year illegally), but now the locals are able to start their own enterprises.

Most spectacular of these are the ­restaurants, or paladars. The best of these we found was La Guarida. Climb stone steps at the base of one of those incredible old buildings, pass the open front doors of the apartments and put a coin into the hands of the children playing outside.

Then you step into a fabulous front hall, with scores of the more wealthy Cubans mixing with tourists waiting for a table. The food and ambience are something else and a real contrast to the more ­sanitised hotels with their smart, but corporate, bars and eating areas.

It’s a great way to spend an evening and another chance to sample the rum after a hard day of exploring.

Flanked on one side by the Malecon, a broad roadway and sea wall that stretches for fives miles right into Old Havana, you’ll bump into many locals chatting and passing the day.

Feel free to join in – they are immensely proud of Cuba and love to tell stories.

Then head into Old Havana for ­landmarks and the stunning architecture and meet people who makes this country so great.

The Plaza de la Catedral, Plaza de Armas, Plaza de San Francisco and the Old Square are all worth a visit.

It’s said that the city has three icons; Che, Fidel and Ernest. And certainly no trip would be complete without paying homage to Hemingway, who made Havana his main home from the early 1930s. He often frequented bars that have become almost shrines for Cubans as well as tourists.

It means the Bodeguita del Medio, near the Plaza de Catedral, is a real hotspot, with dozens of tourists trying to enter one of his main watering holes.

Thousands visit every year just to remember the writer and try to decipher the musings of famous people who have inscribed their names on the bar walls.

But you’re there, so it’s worth it. And, of course, there will be live music not far away, so don’t forget your dancing shoes.

Enjoy the beaches at Jardines del Rey, off the Cuban coast

ONCE the shoe leather has been worn down in Havana, it’s time to relax on Cuba’s beautiful beaches.

An hour’s flight from the capital is tourist hotspot Jardines del Rey, an ­archipelago developed on a coral reef located off the island’s northern coast.