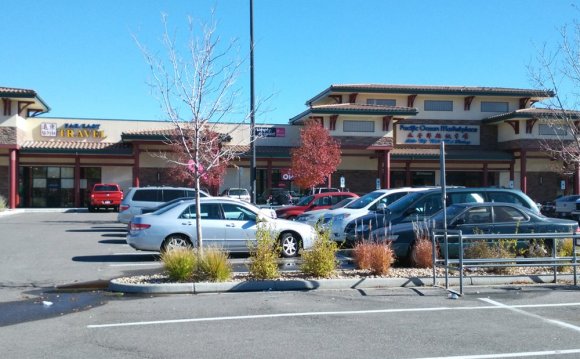 Only a handful of travelers ever take the Trans-Siberian Railway, and only a trickle of those complete it. Instead, most go from Moscow to Yekaterinburg (26 hours east) to see where the “Last Czar” died, then to Irkutsk (another 55 hours’ ride) for a look at Lake Baikal, then cut south into Mongolia and China. An epic trip.

But what remains unseen of Russia is ultimately why the railway was built: to reach (and develop) the Siberia of Siberia, the Russian Far East (Dalnii Vostok). It’s an area the size of the Lower 48, filled with mountains, forest, marsh, permafrost, north-flowing rivers, and scattered time-warp cities with European architecture and Lenin statues. Traditional rewards can be elusive. There are not many real “must-sees” and it’s never easy traveling. But it’s easily a contender for the Best Place in the World.

Because you really really believe the best part of travel — the dot to the exclamation point — is about getting there. Even when there’s no definite “there” there.

On the Russian Far East’s appeal:

FIVE BEST THINGS TO DO

1. Climb Kamchatka volcanoes with a moustached volcanologist. There’s a bus from Petropavlovsk to Esso, but otherwise you have to arrange nearly any activity — including a helicopter to see reindeer-herding nomads or the Valley of Geysers, or 6WD military vehicles to cross hardened lava “roads.” Lost Word Tours is a reliable local agency.

2. Riding Vladivostok’s funicular for views of the Golden Horn Bay. Closer to the water are many old Czar-era buildings and town beaches, plus a cheap ferry to moutainous Russki Island. (For more on the city named “to rule the east, ” see my piece on Vladivostok for the New York Times or my list of 22 reasons to hug Vladivostok.)

3. Yakutsk’s unreal Ysyakh festival.The world’s coldest city is sunny all day at the summer solstice (June 21), when Sakha locals celebrate by sharing horse meat, throat-singing, dancing until well after the midnight sun. The catch is the flight. A one-way fare from Khabarovsk to Yakutsk can run US$800. If you go, try adding on a two-night cruise to Lenskie Stolbi, or Lenin Pillars (see photo at end of this post). Yakuta Travel can help arrange it.

4. Seeing Komsomolsk-na-Amure’s old Soviet factories and mosaics via the BAM railway. The town’s surprisingly nice, and Nata Tours (a rare well-run, informative travel agent out there) arrange homestays and even old gulag sites.

5. Meeting Russians on the train — it’s the easiest way to. Go with open-bunk platskartni class, or four-berth kupe (above) and see who ends up traveling with you. Sometimes they’re in muscle shirts.

Here’s what I’d tell my friends who were planning a two-week trip to all of Russia, or just the Russian Far East. Distances are vast: it’s a seven-day ride from Moscow to Vladivostok!

Two weeks in Russia
Go one way from Moscow to Vladivostok, with a few stops.

Two weeks in the Russian Far East
Fly into Vladivostok, and out of Petropavlovsk, making a mix of outdoor adventure, and some Siberian trains.

LIES, UNTRUTHS & THINGS THAT ARE WRONG

The best time to go is summer
No it isn’t. Yes, Siberia and the Far East are ridiculously cold in winter. (And unlike Canada, Russia actually gets colder not only the farther north you go, but the farther east too.) But summer is quite hot. Visiting Yakutsk in summer (the world’s coldest city), I was bedridden for three days after heat exhaustion and exposure from being outdoors in 90-degree sun. From mid June to mid August, you’ll be happy trains have AC, and equally unhappy when it (regularly) clicks off during stops, scheduled or not. June and September are generally better, less busy times for the trains (though not Kamchatka).

Russians are meanies
There is a big difference between Russians in the public or private sector. In public, they can be indifferent – to you, to each other. At any office or store, ask a question, and you’ll get an “oh no! this is not possible…” before you reach the question mark.

Russians at home are a different story. (And this includes sharing a cabin with Russian strangers on trains.) You will often be received like a long-lost cousin, which can mean finishing vodka bottles or eating their tomatoes whole, like apples. Get ready.

You must pre-book tickets
Unlike Soviet times, you can plan as you go. It’s just that it’s hard. Train tickets, in particular, take time and patience dealing with lines and multiple, unsigned windows at train stations. English is rarely spoken. Sure there’s guided tours, or you can pre-book point-to-point train tickets (even though it’s often a bit more expensive and you’ll be more or less locked into your dates). The Russian railway site is hard to use, so try agencies like Express to Russia or the old state-run Intourist.

THE WORST OF THE RUSSIAN FAR EAST

It’s really not for everyone. It is hard traveling, with no immediate Tuscan villa-type rewards looming over the horizon. There will be moments that spring from the bleak, decaying Soviet landscape where you’ll ask yourself, “why again am I here?” It’s expensive, it’s huge, it’s lonely.